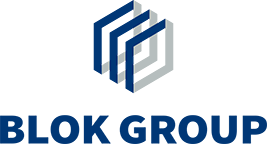 Aris Blok Mechanical Industries was founded in 1985 as a supplier specializing in industrial products and services. The company developed from a supplier of mechanical parts into a supply company for the entire supply chain and gradually gained a stable and regular customer base. Pursuing a focused acquisitions strategy, the company continued to grow and developed into a valued partner in various market sectors.

In 2005, after 20 years of entrepreneurship, Aris Blok passed the operating companies over to Erik Blok.